For a tutorial about the Blackwater Maritime Heritage Trail click the link: https://youtu.be/kvP6E67LuBE

With its headwaters in Alabama and terminus in Blackwater Bay, the Blackwater River is the major river of Santa Rosa County, Florida. For centuries this river has played an integral role in the development of northwest Florida as the primary avenue for transporting resources, goods, and people in and out of the interior of this area (Wells 2015). Prehistoric and historic use of this waterway is evident in the archaeology that exists along the coast, erodes from the shorelines, and lays buried and undiscovered in the dark tannic waters of the Blackwater River. From Native American burial mounds and oyster middens that date from the Middle Woodland Period (A.D. 200 – A.D. 500) to Revolutionary War (1775-1783) and Civil War  (1861-1865) shipwrecks, the Blackwater River has long been of the utmost importance to its inhabitants. Today, the Blackwater Maritime Heritage Trail hopes to bring the knowledge of the archaeological record to paddleboarders, kayakers, and recreational boaters so all may learn of the river’s largely forgotten past.

Most of the shipwrecks of the Blackwater River speak to maritime commerce which flourished in Santa Rosa County during the Maritime Expansion (1865-1906) and Early 20th Century (1907-1945) Periods. One of the county’s most beloved vessels now lays at the bottom of Blackwater Bay.

The Bethune Schooner is an unidentified Early American shipwreck that was built around the 1830s and probably trasnported brick and lumber products to Milton and Bagdad during the 19th century. It is unkown when the ship was actually lost on the Blackwater River. The University of West Florida's Maritime Archaeology Feild School teaches undergraduate and graduate students the basics of underwater archaeology at this signigifcant site.

The City of Tampa 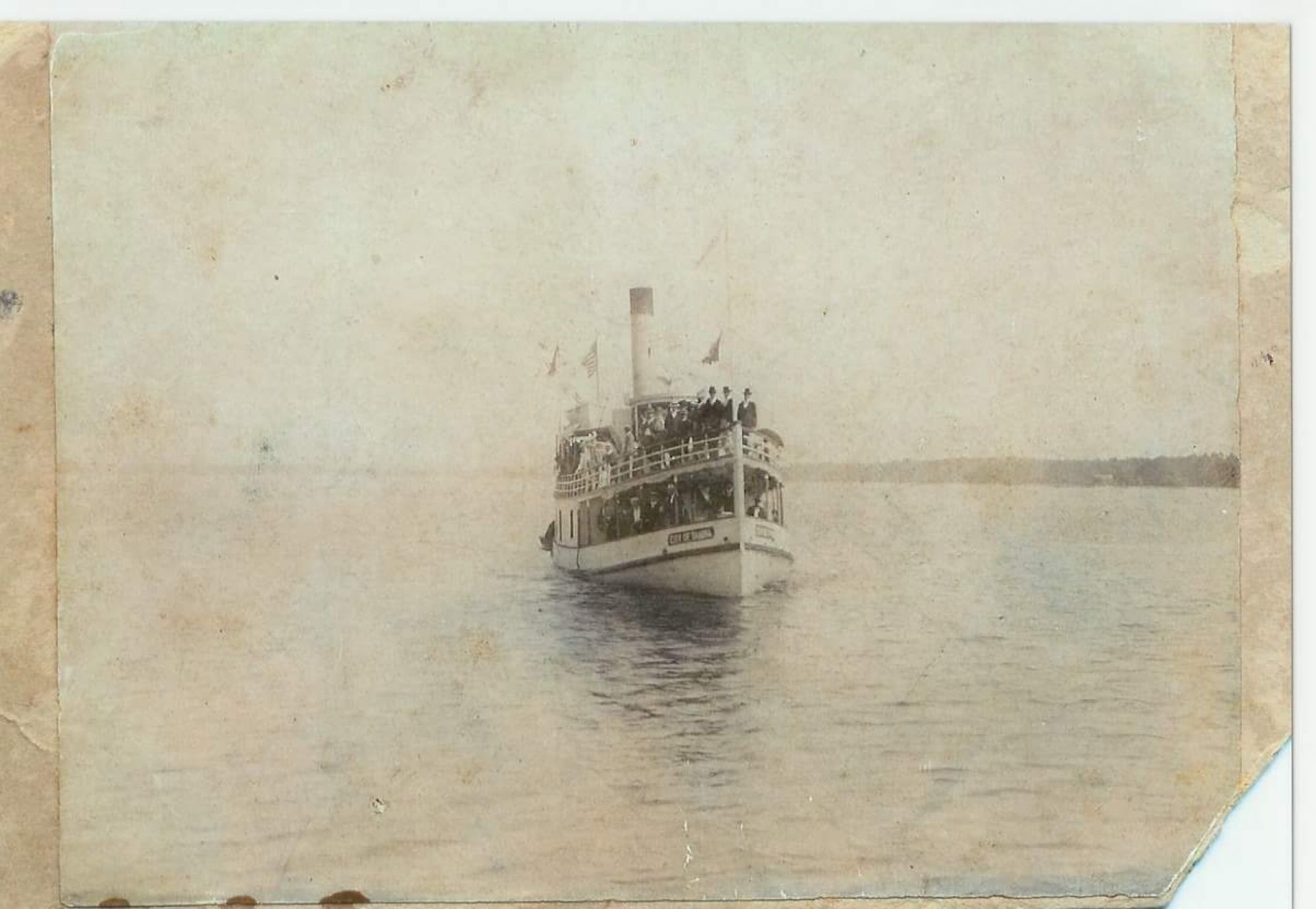 City of Tampa started life as the single-decked steam-powered packet Volunteer. It was built in Mason City, West Virginia, in 1887 for the Bay Brothers, to run on a line service operating on the Ohio River. Volunteer was 93 ft. long and 12.6 ft. in beam, with a draft of 2.6 ft. The shallow draft and light build made it ideal for travel on ever-changing inland waterways, which often were unpredictable and had a tendency to shoal. Volunteer plied these waters until being “sold south” in 1892 to move fruit on the Manatee River in central Florida.

In 1898, Captain Augustus Mason bought the vessel and renamed it City of Tampa, which was his home port at the time. The newly christened City of Tampa was brought to Milton, Florida, where it resumed duties as a packet steamer moving cargo and people on a fixed schedule. In northwest Florida at this time, the lumber business was booming and Pensacola in particular was known around the world for its yellow pine industry. The popular steamer made stops along the Blackwater River at the towns of Milton and Bagdad and at the Bay Point Mill, as well as Pensacola daily. The vessel also provided special day trips and leisure cruises, complete with a band and dancing, for residents. The local newspapers, Milton Gazette and Pensacola Journal, ran almost daily reports of the vessel’s travels, and whether or not it was running on time. Tampa, as she was affectionately known, was highly regarded, primarily for providing a direct link from the Port of Pensacola to Milton at a time when there were no connecting roads.

City of Tampa worked for the community for 23 years, which was well above the average five-year lifespan for a packet steamer. This may be why local people in northwest Florida still fondly remembered Tampa decades after the vessel met her spectacular fiery end. City of Tampa was purchased by R.P. Broxson and G.C. Harvell in 1919, both men having worked on the vessel in the past. The new owners continued her regular route, and in 1921 she was brought in for boiler replacement at 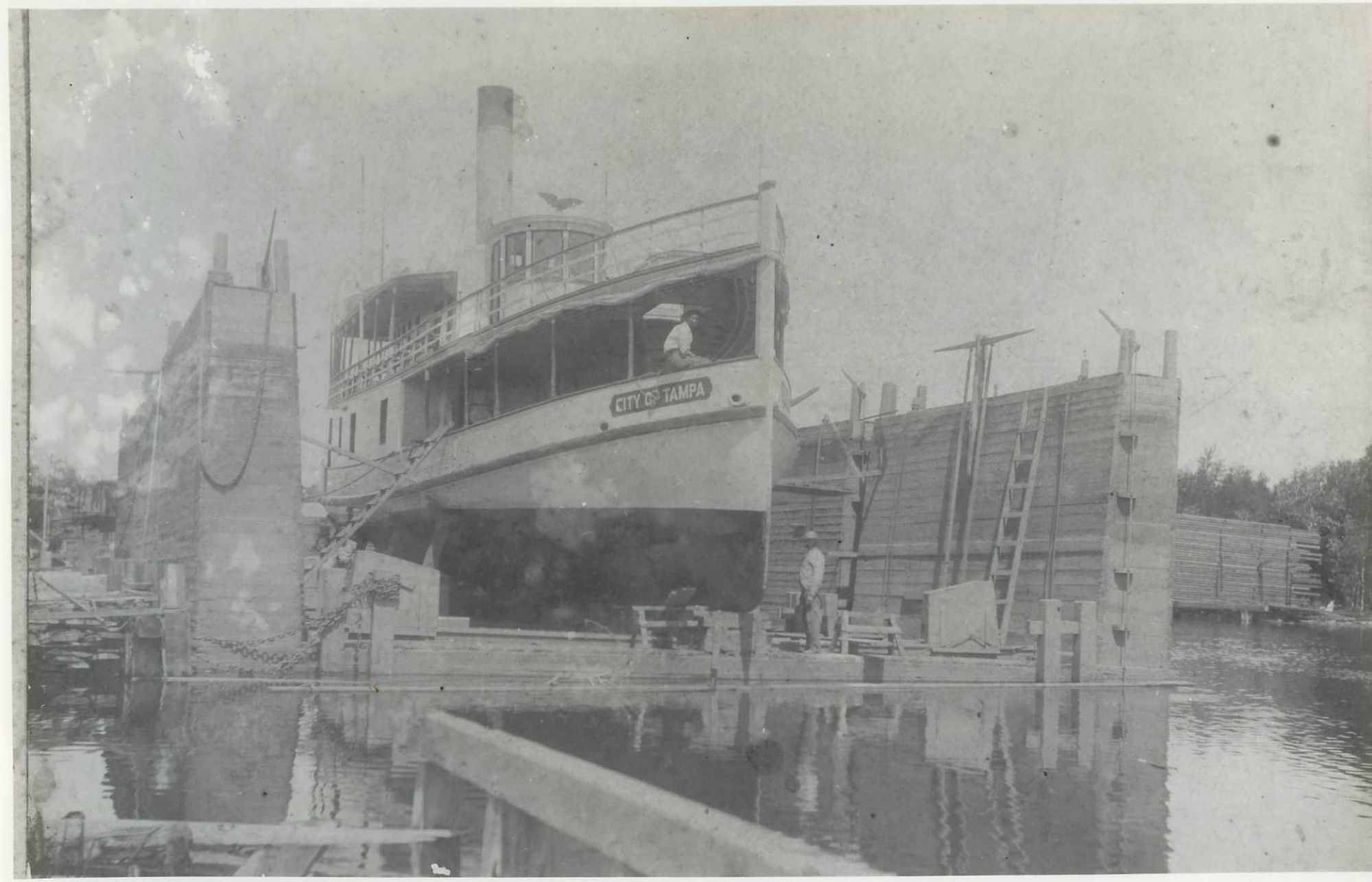 City of Tampa was a total loss. Until Hurricane Fredrick in 1979, the boiler and stack were still visible, making her a hazard to navigation. However, the wreck of the steamer continued to be used by locals as a popular fishing spot. Many years later, after she had long disappeared below the surface, old local fisherman still knew of her general location. In 2010, City of Tampa was studied by Master's students in Historical Archaeology at the University of West Florida and side scan sonar and target diving operations were employed to monitor the vessel’s degradation. 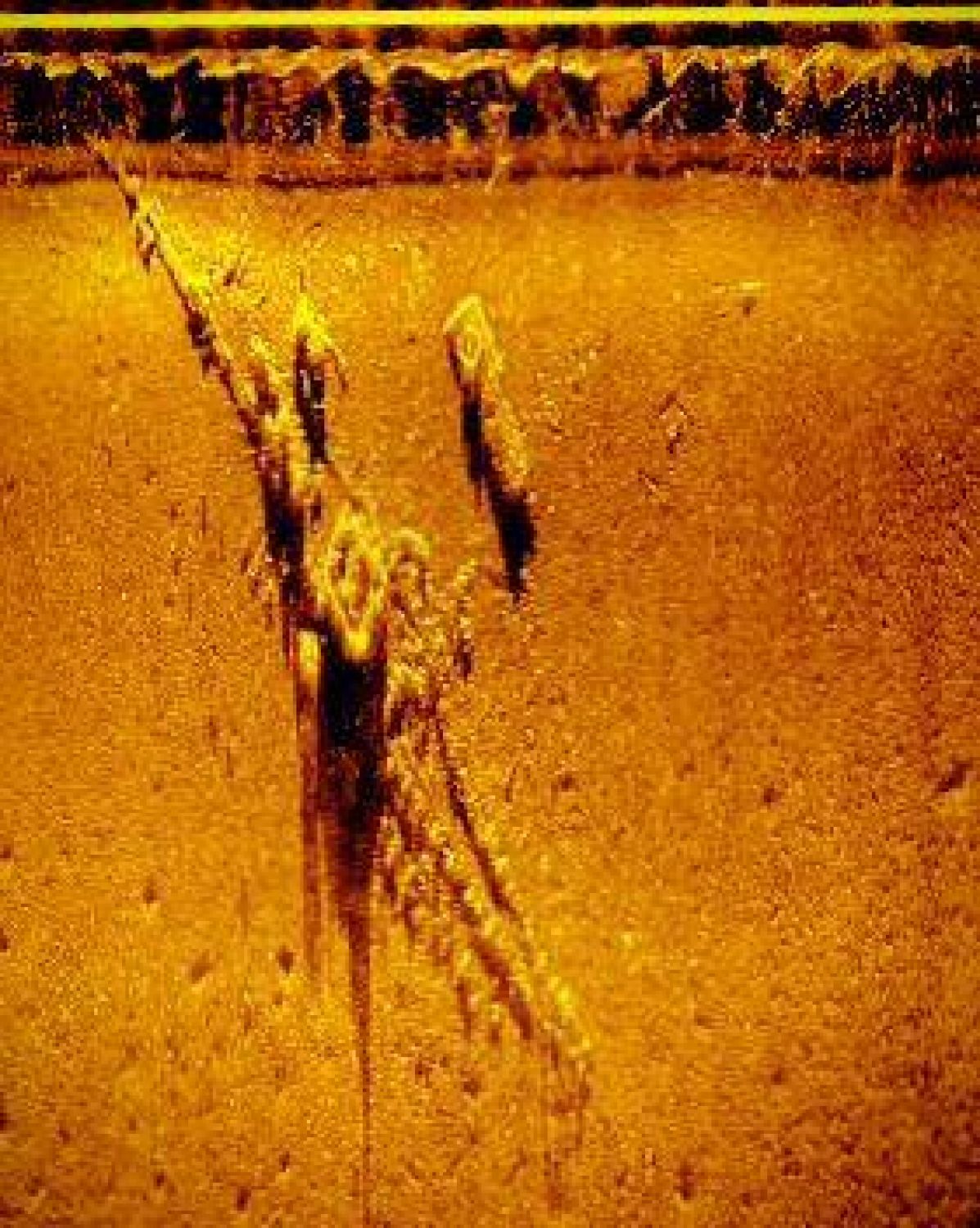 Palafox was an American-registered ship built in Pensacola, Florida, in May 1919 by the Palafox Shipbuilding Company. The three-masted schooner was constructed of yellow pine and live oak, had a single deck, and was held together with galvanized iron fasteners The 663-ton vessel had a length of 150.2 ft., a breadth of 39.2 ft., and a 13.8 ft. draft. The Fairbanks-Morse Company provided two four-cylinder internal combustion semi-diesel oil engines, each producing 100 horsepower, to provide the vessel with auxiliary power. 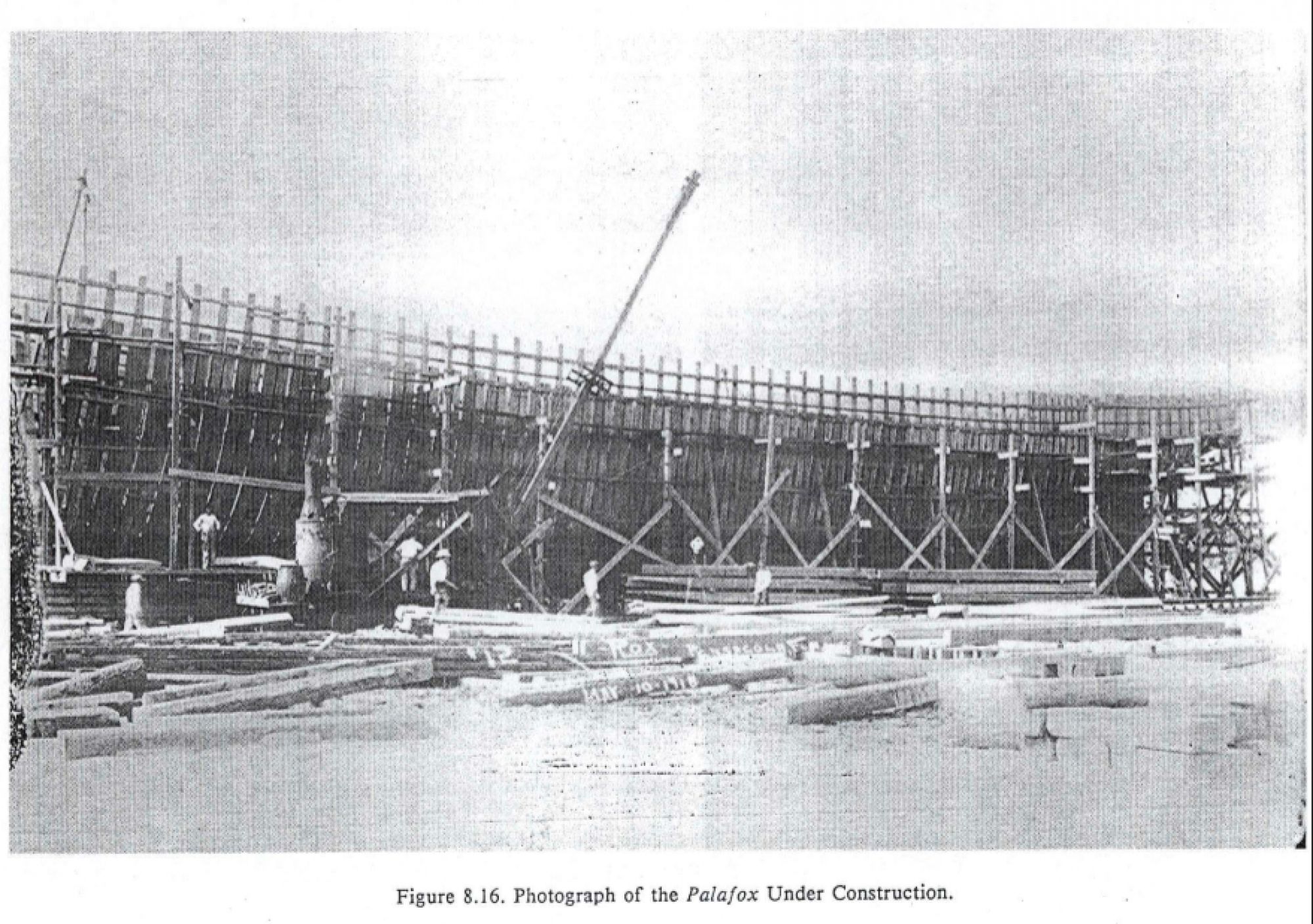 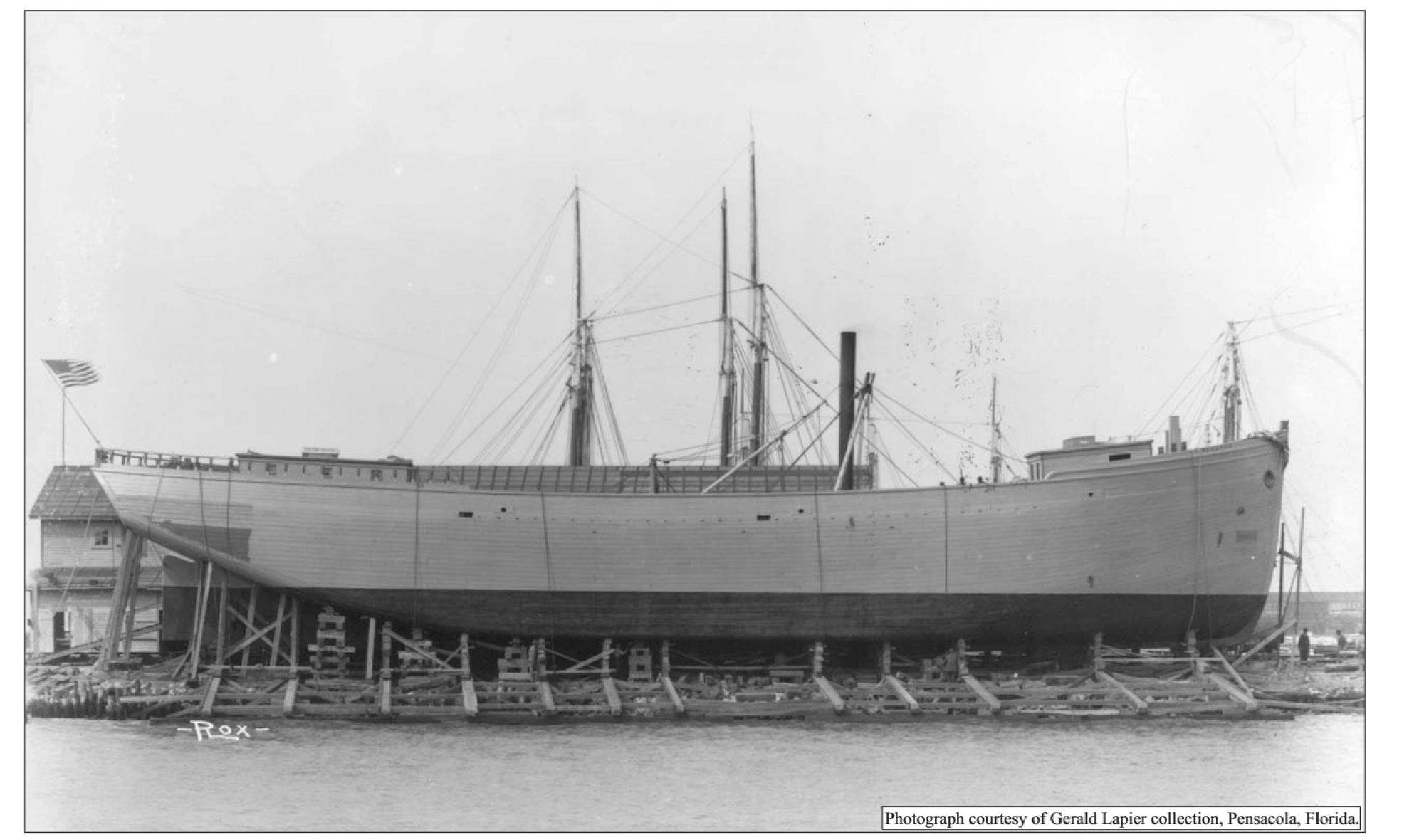 Throughout its career, Palafox was officially recognized as a freight service vessel. Documents show that the ship had an interesting and active life. It underwent some repairs just four months after being launched, and in 1921 the vessel was determined to be A1, suitable for the Coastwise and West Indian trade. In September 1922, the A1 vessel classification was cancelled, though Palafox continued working until 1933 when it was abandoned. Local resources such as the Pensacola News Journal provide additional information about Palafox. For example, witnesses to her trial run noted that although she had an awkward appearance in the water, she made a remarkable seven knots even though she was not at full speed (31 May 1919). Her maiden voyage to Manzanilla, Cuba, occurred in July 1919, when she was loaded with 550,000 feet of lumber. She traveled the 1,100 nautical miles in just ten days, which was regarded as a good passage for an auxiliary schooner at that time of year (18 July 1919). 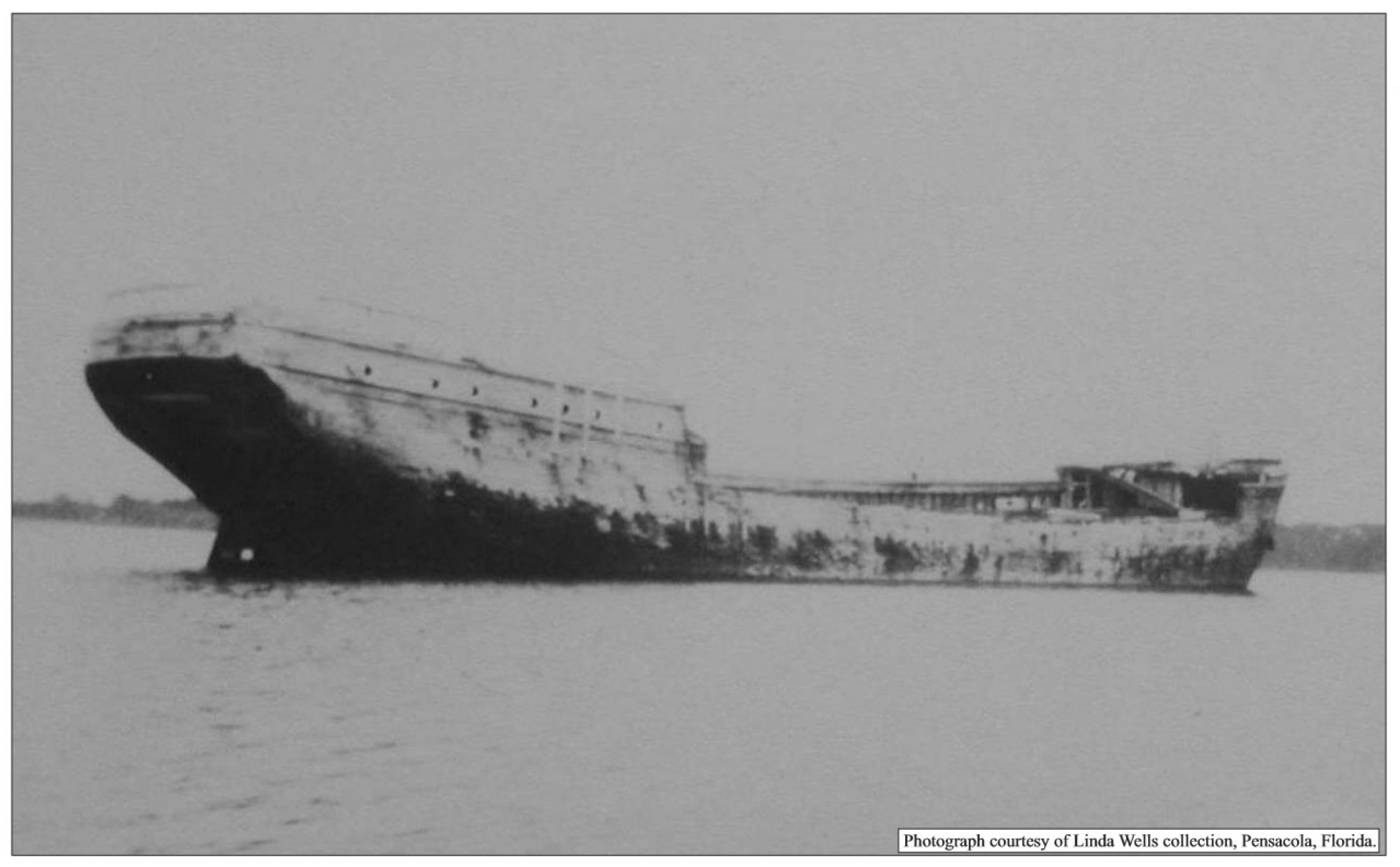 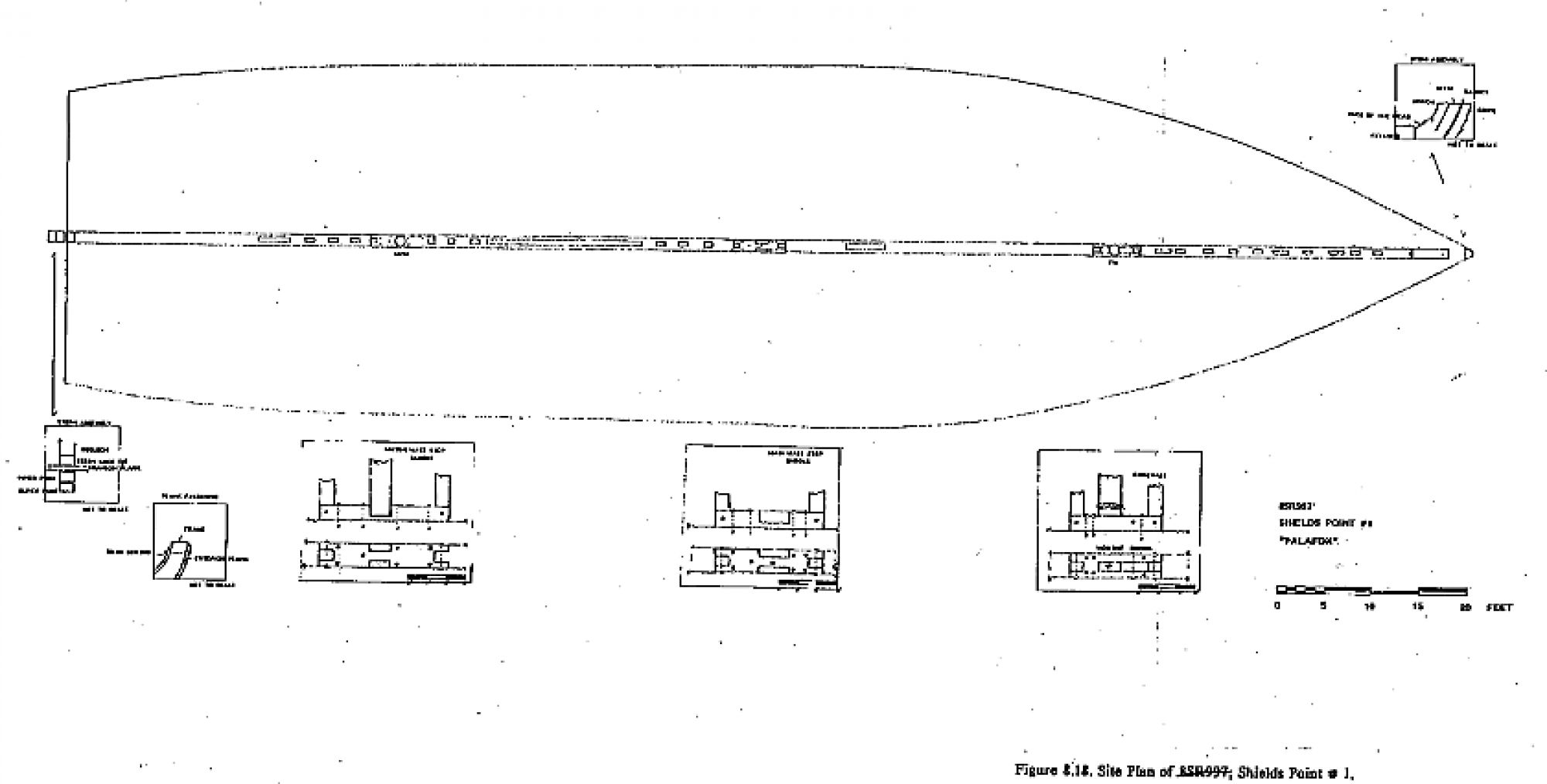 George T. Lock was a schooner built in Louisiana in 1917 for the Pensacola-owned Aiken Tow Boat and Barge Company by the Clooney Construction and Towing Company. Construction cost for Lock ranged between $39,000 and $40,000. Upon completion, she was a single-decked, four-masted schooner built to transport lumber to Cuba and various ports along the Gulf Coast. Lock was registered in 1917 at the port of Pensacola. Initially, it received an A1 rating, meaning it was fit for the West Indian and coastwise shipping trade. According to documents, it had an overall length of 180 ft, a maximum breadth of 39 ft, a gross tonnage of 801 tons, and a depth of hold of 12.9 ft. In 1919, Lock was converted to a schooner barge, meaning it primarily was used as a tow vessel but had masts to assist; it was listed as a schooner barge on all subsequent registries until it fell out of service. Converting sailing vessels to schooner barges became common practice throughout the United States from the 1890s to the 1930s. The reliability of steam engines proved to be much more cost-effective versus a sailing vessel’s dependence on wind as a source of power. Wooden hulls of sailing ships were durable, had large cargo holds, and were constructed to withstand open water, all factors which made them ideal for use as barges towed by a steam- powered tug. Typically, sailing vessels of various types were converted to schooner barges by reducing the amount of rigging and removing unnecessary structural features. Masts were resized to retain only the lower section, bowsprits were removed, and large bitts were erected to attach towlines. 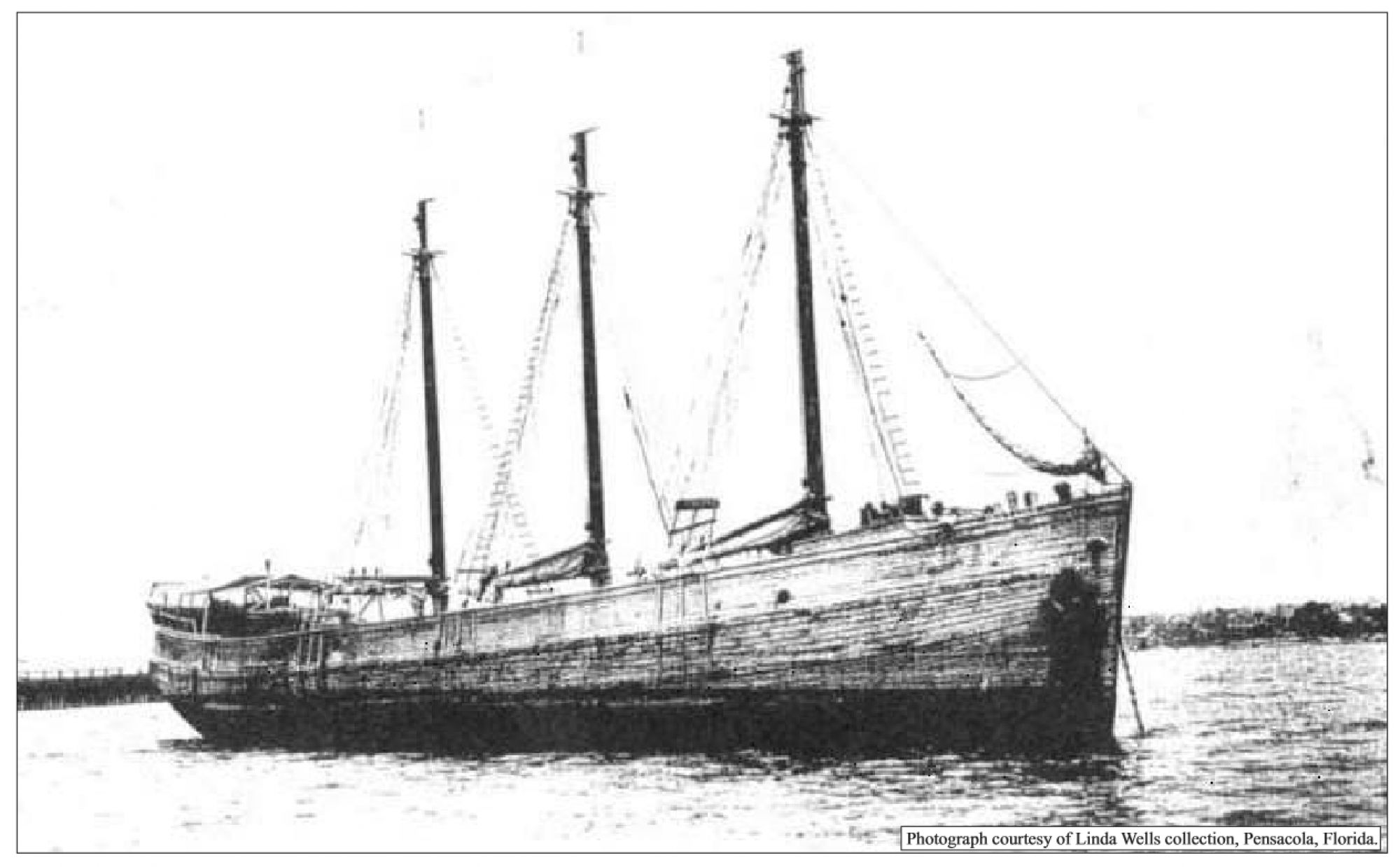 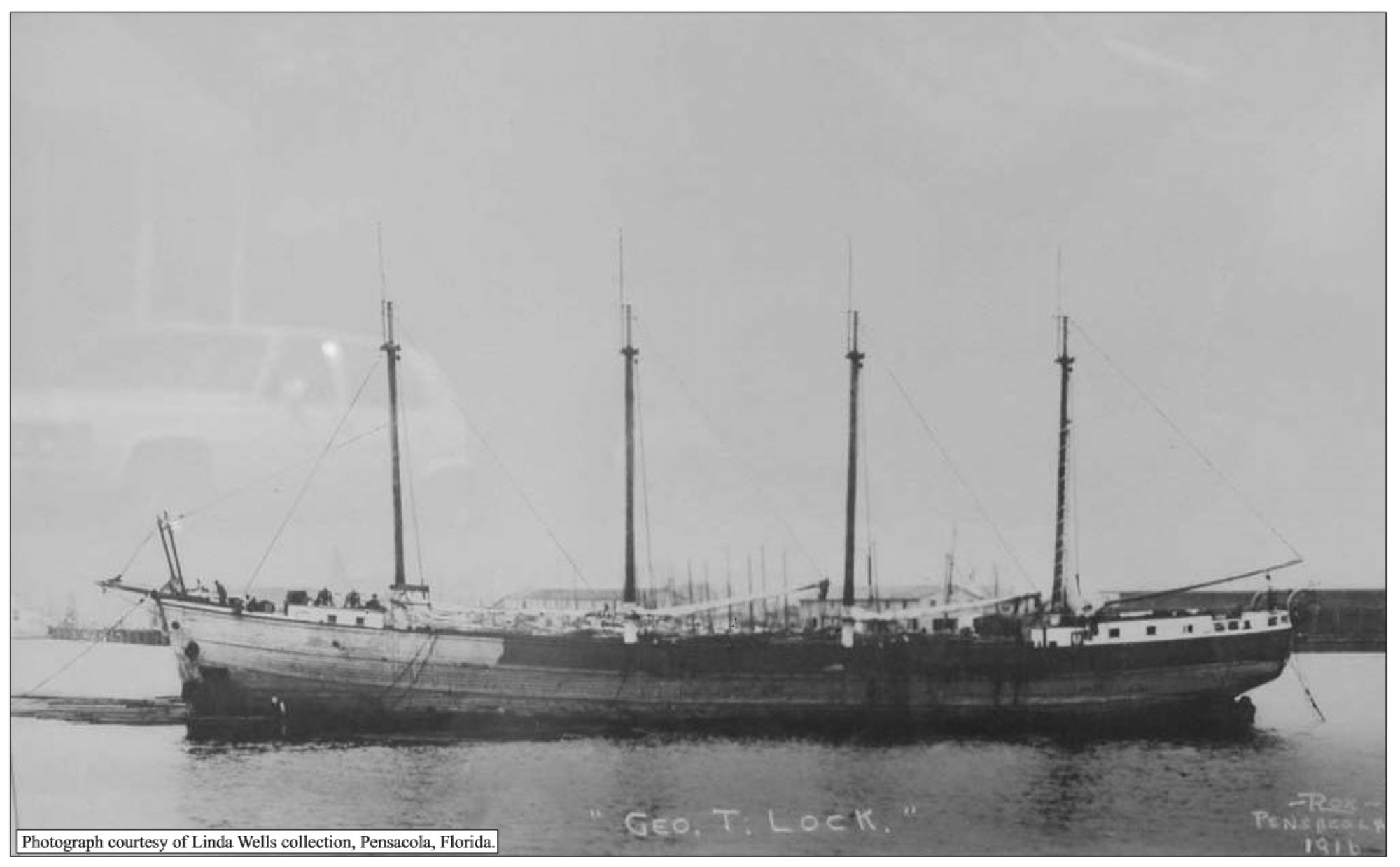 During her career, Lock underwent a series of repairs, the result of the rigors of being towed on the open water. In April of 1920, it was docked, refastened, and recaulked. Docked again in 1922, it received extensive recaulking, including the deck and hull. During 1924, it went through another series of repairs, which likely included removal of the jiggermast. Records reflect a reduction in crew size from six to four, and the A1 status rating was also suspended during this year. Hurricanes, environmental destruction, and World War I took their toll on the lumber industry and the Port of Pensacola, which also affected Lock’s profitability. At some point in the 1920s, Lock was unemployed for six weeks. This was not due to repair delays, but rather to a lack of cargo. In 1933, George T. Lock was abandoned near Shield’s Point in Blackwater Bay. Dynamic technological advancement, the result of two World Wars, ushered in the era of steel hulls and diesel power, rendering wooden hulls obsolete. Many schooner barges had the same fate as Lock, abandoned on beaches or in out-of-the-way coves, out of site and out of mind. 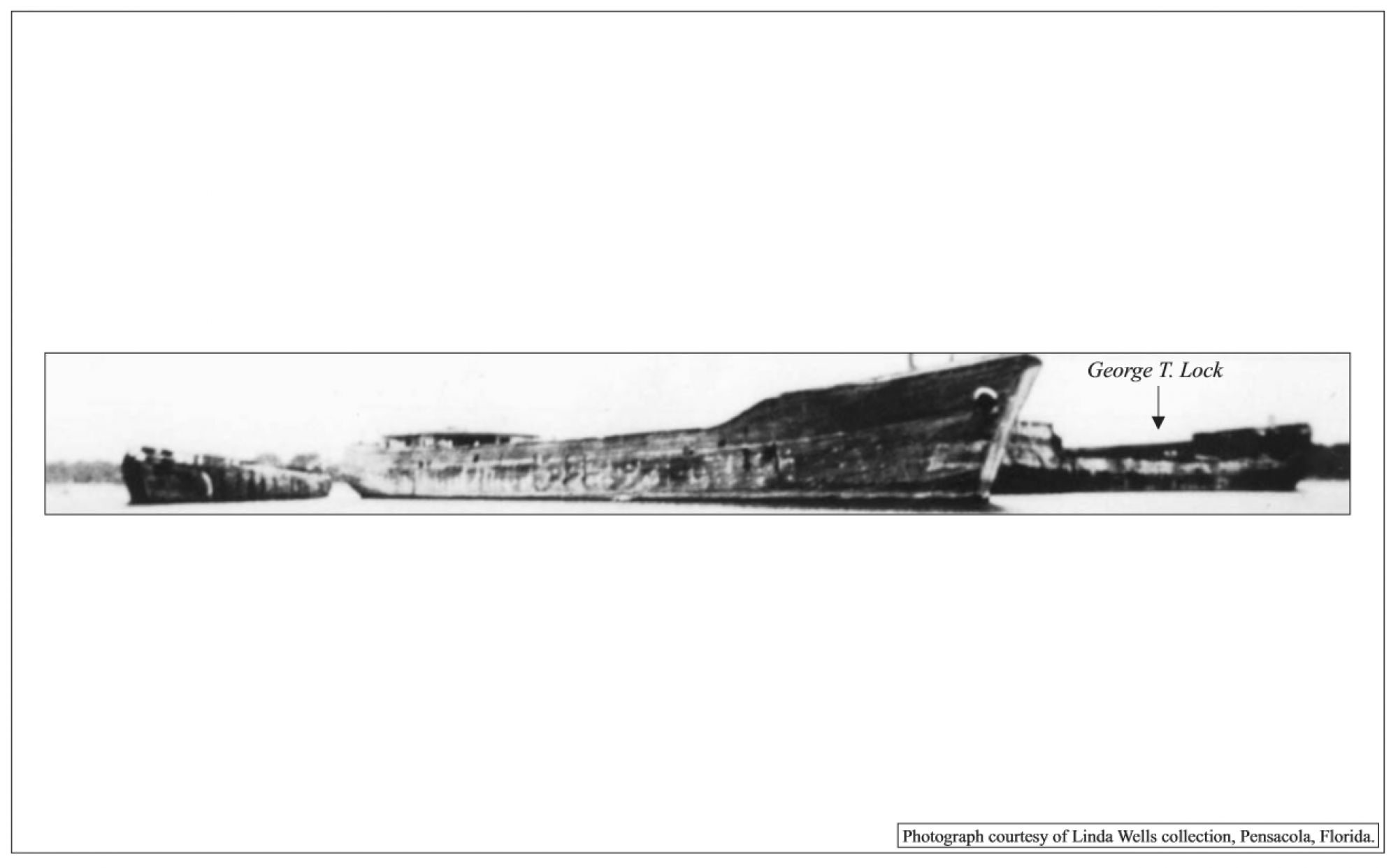 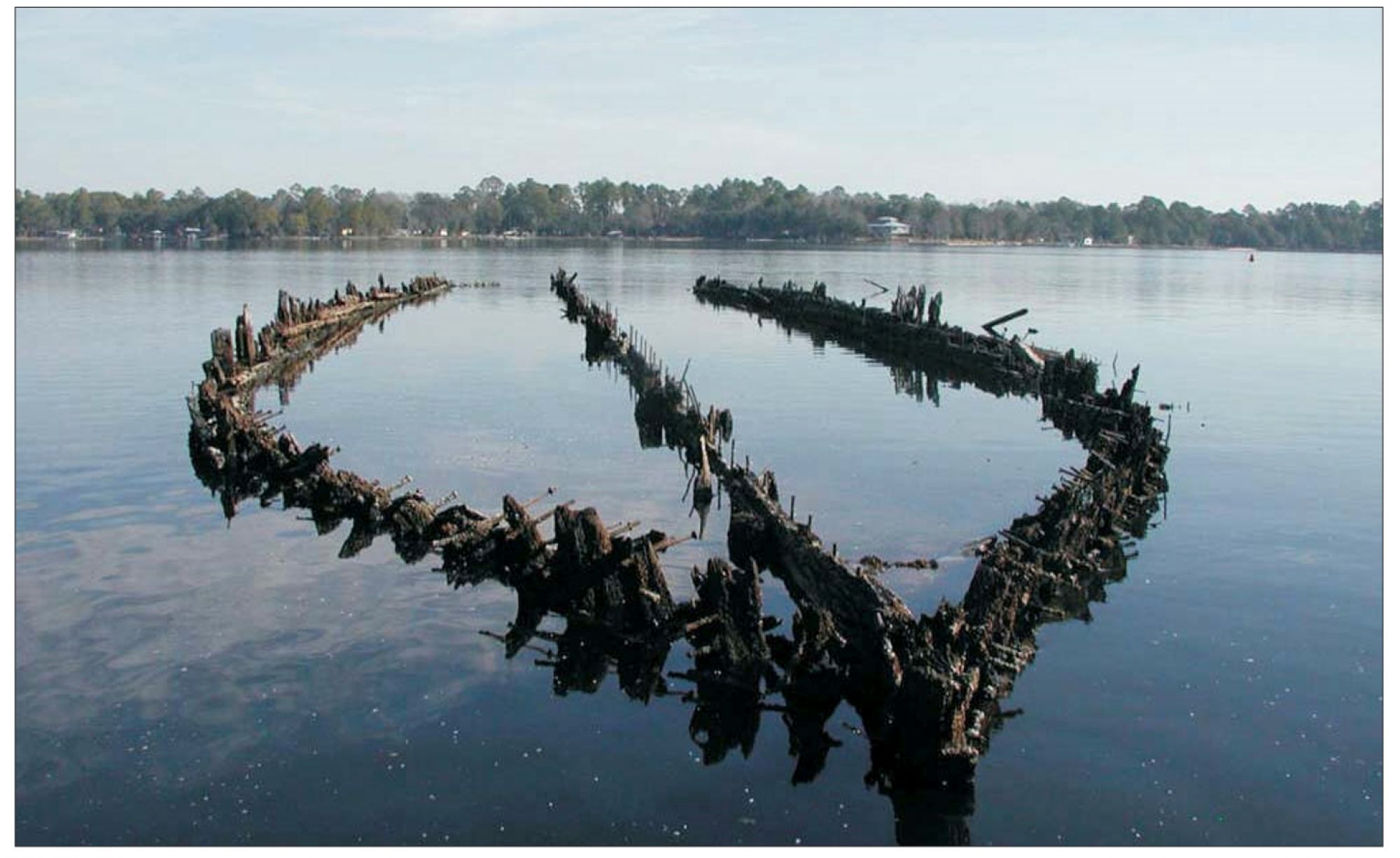 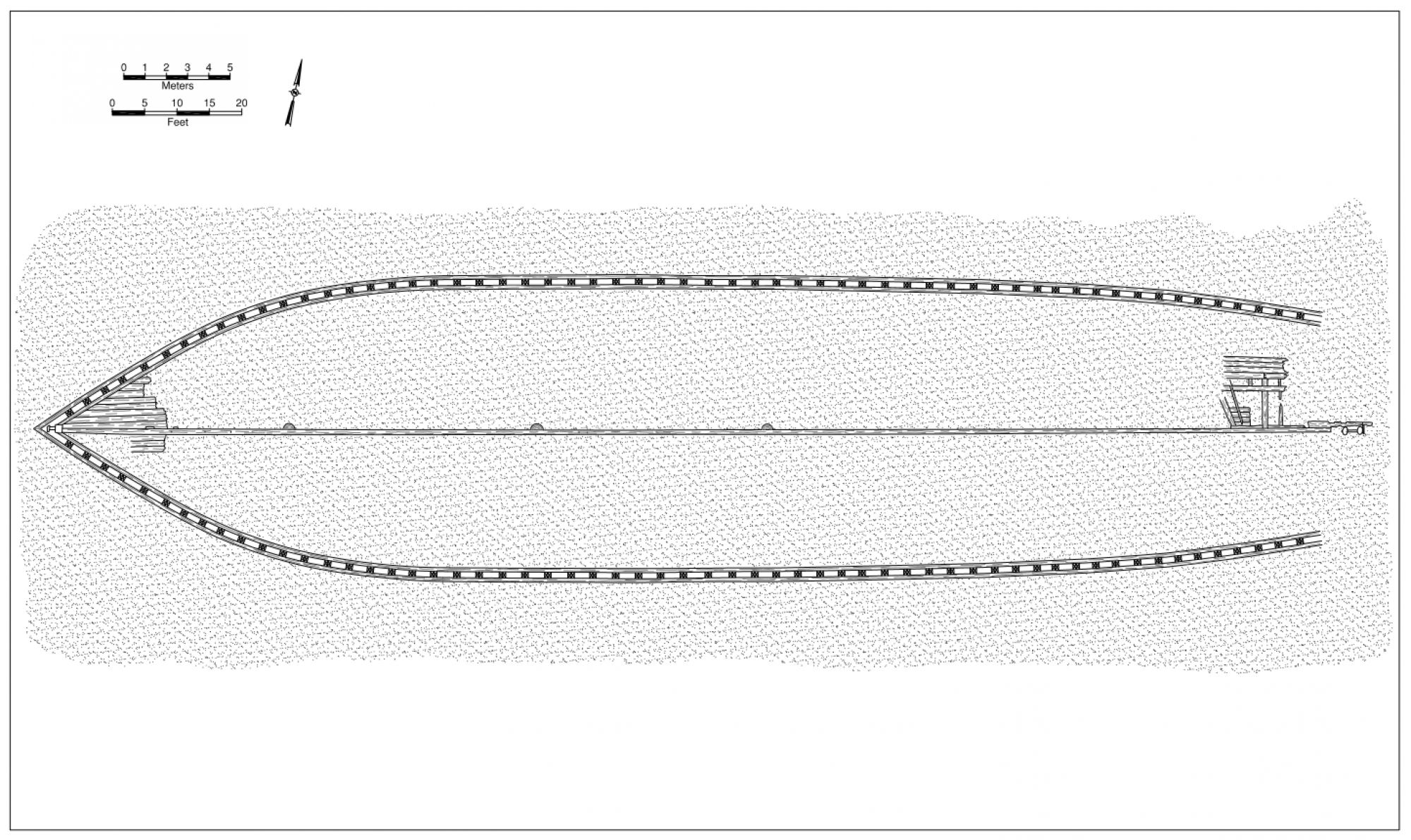 In 1921, the John A. Merritt & Company hired the Bullock & Caldwell Company to build a single-decked schooner barge for transporting lumber and other cargo associated with Pensacola’s bustling shipping business. Dinty Moore was built in Pensacola and registered 137.9 ft. in length, 31.1ft. beam, with a draught of 12.1 ft. As constructed, she was capable of carrying 402 gross tons of cargo. Designed specifically for use along the Gulf Coast, Dinty Moore spent her entire career using Pensacola as her homeport. She finally was stripped of everything useful and abandoned in 1937, alongside other worn-out ships in Shield’s Cove. 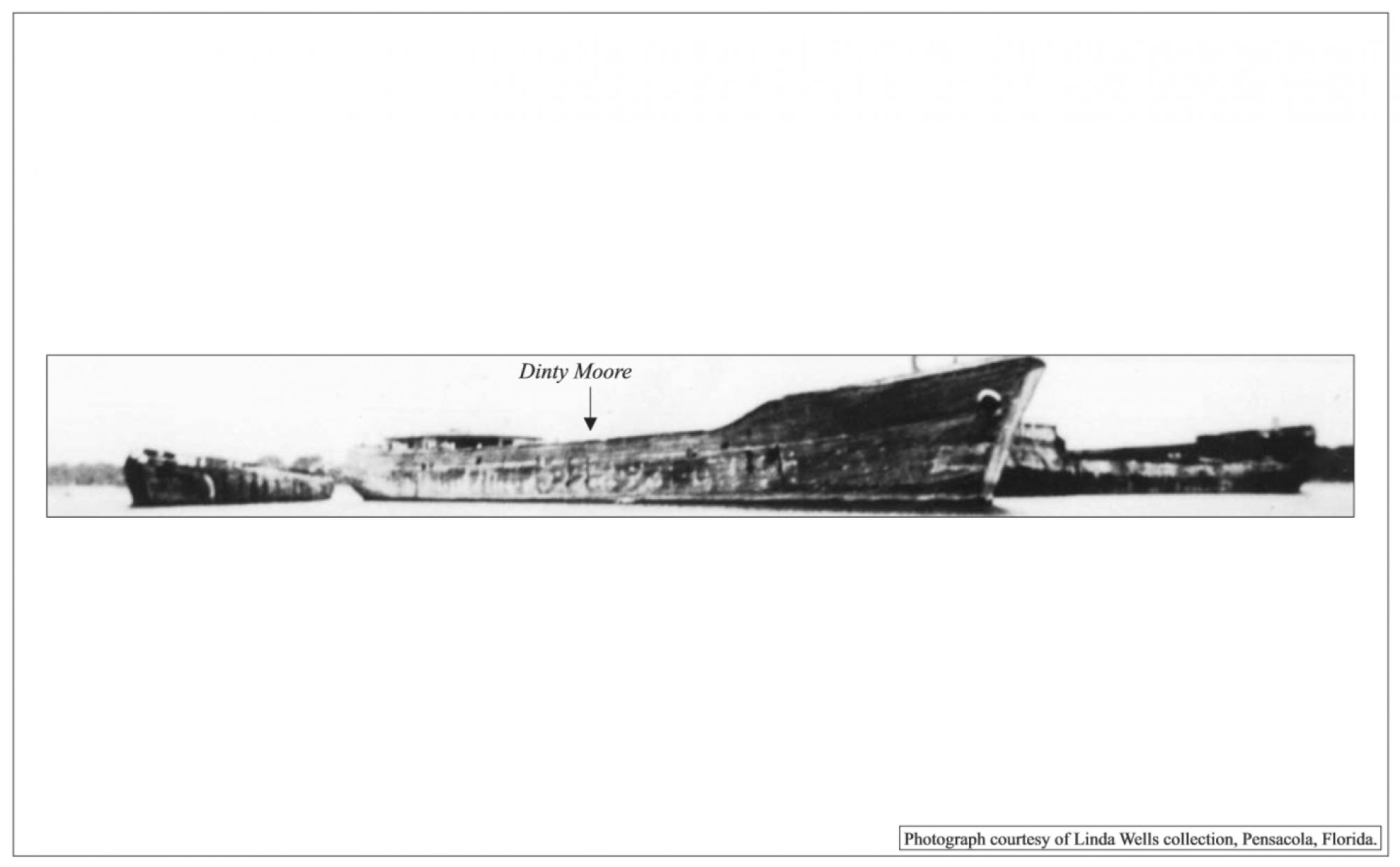 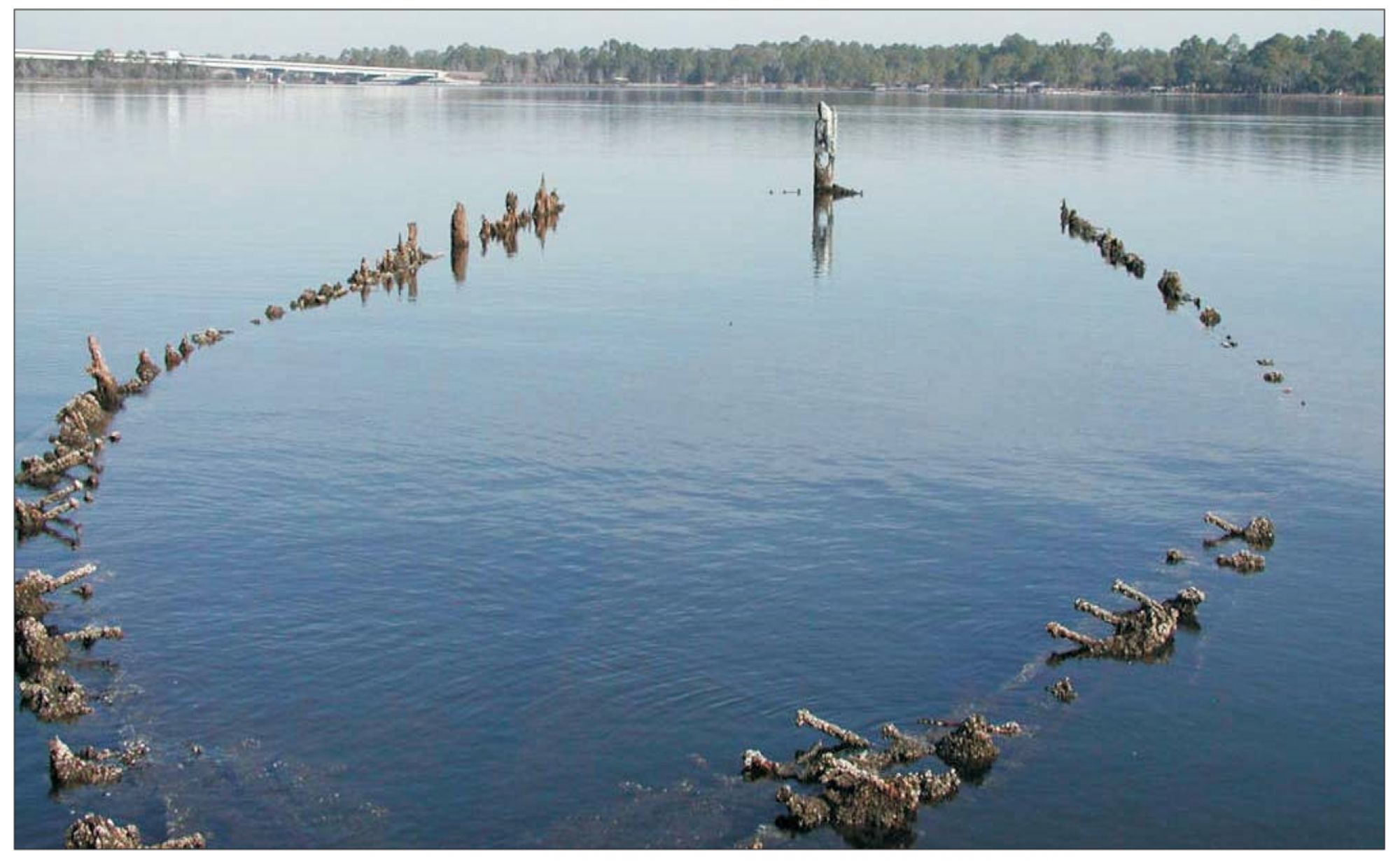 The four-masted freight schooner Guanacastle, sometimes spelled Guanacaste in documents, was built in 1917 in Portland, Oregon. By 1924, the 174 ft-long vessel had made its way to Pensacola where it was used as a fishing vessel. Like other vessels now sunk in Shield’s Cove, it was converted in 1926 to a schooner barge for the local lumber business. In 1938, Guanacastle was stripped and abandoned alongside other relics of the bygone Blackwater lumber boom. 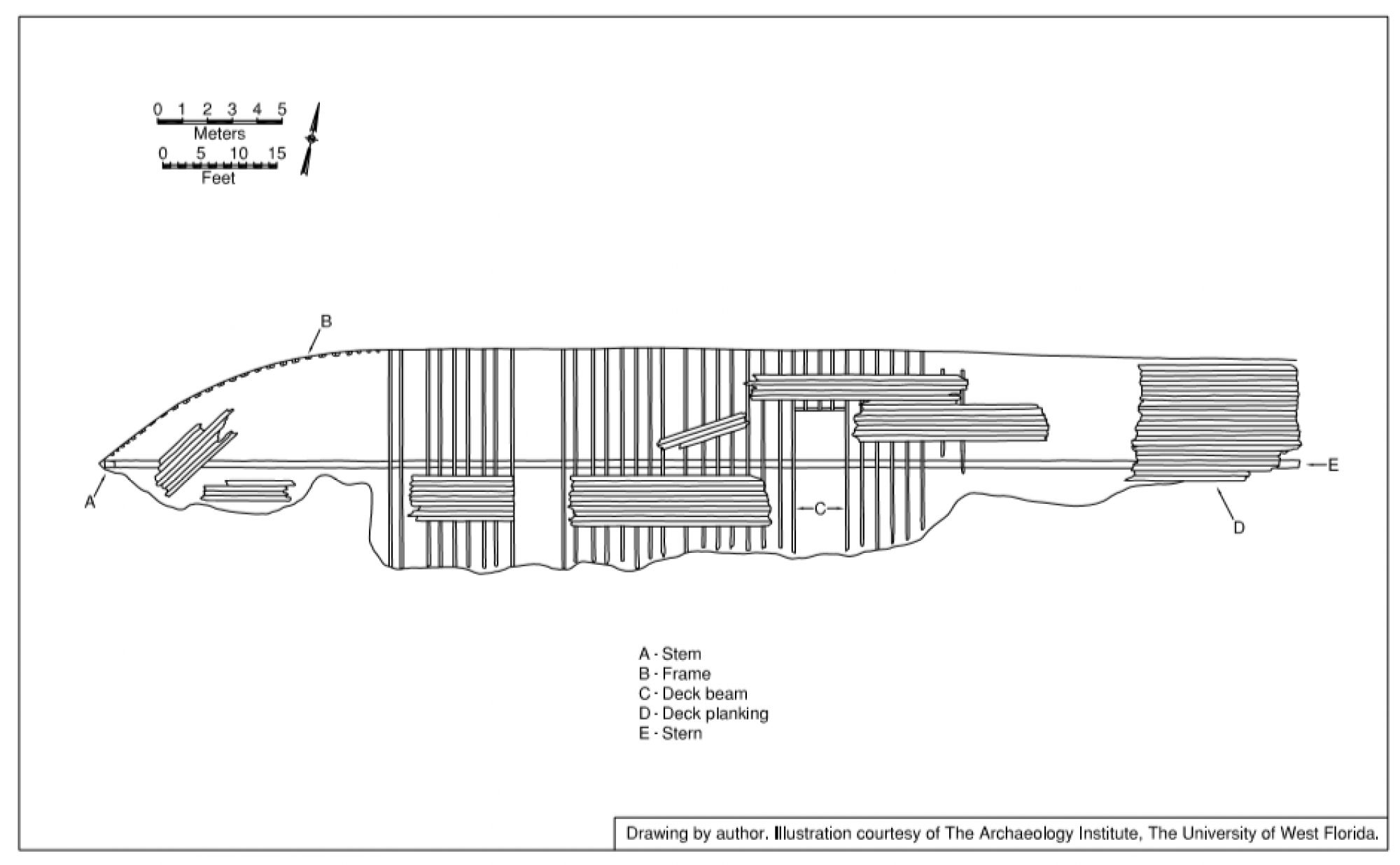 This unidentified shipwreck is called the Snapper Wreck. Local informants say the vessel was involved in Pensacola's red snapper fishery and recent archaeological investigations have confirmed this information. The Snapper Wreck was likely constructed in the northeastern U.S. sometime between 1890 and 1905. The vessel was employed in the halibut or cod fisheries of New England until sold to a Pensacola fish house for use in the red snapper fishery. Sometime after 1920, the vessel was brought to the Blackwater River, probably to be mothballed at the foot of the abandoned Ollinger and Bruce Shipyard pier. It eventually sank and was forgotten beneath the river’s cold and tannic waters. 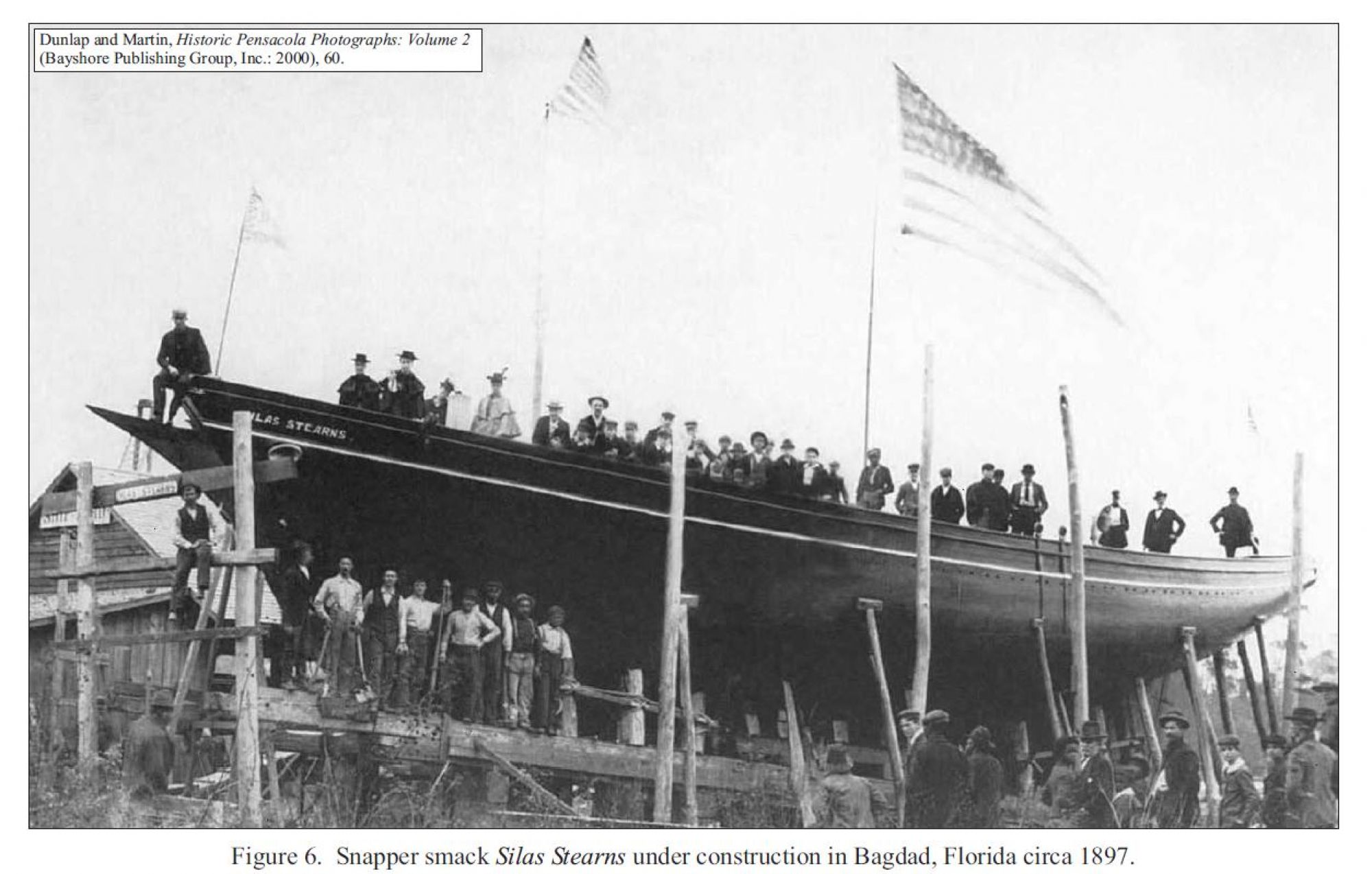 The Swingbridge Wreck is and unidetified shipwreck that is most likely the remains of a burnt and abadnoned 19th century schooner. Leading theories are that this ship was burned during Lieutenant Colonel William K. Beard's Raid in 1862 or was intentionally burned as a means of scuttling by its owner. 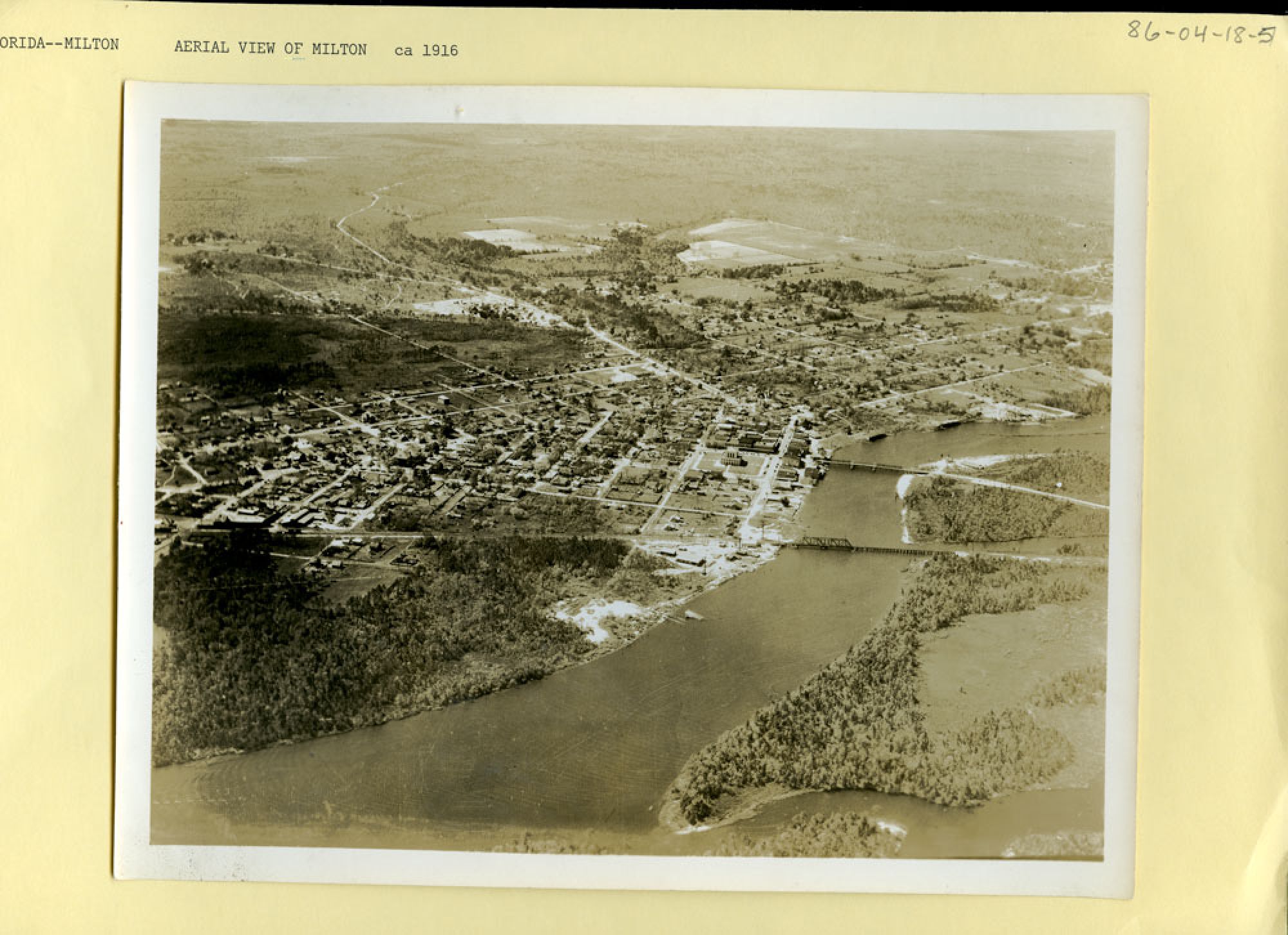